Japanese-style knives are usually made with harder steel, which means the blade holds it edge longer (it doesn’t need to be sharpened as often) and the edge itself can be cut a steeper angle. A Japanese knife is lighter, holds its edge longer, and its edge is cut differently than its counterpart.
It is recommended that you take your Japanese blades to a professional sharpener. Japanese-style knives are more about precision and exactness. 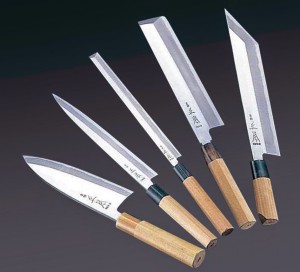 Western-style knives originally used a softer steel though they are now much influenced by Japanese-style. Keep in mind softer steel does not always mean inferior steel. Due to the softer steel the blades do not hold their edge as long as their Japanese counterparts, but are much easier to sharpen and are not as brittle. When held western-style knives have a bit more heft which can be a good thing, depending on your preferences. 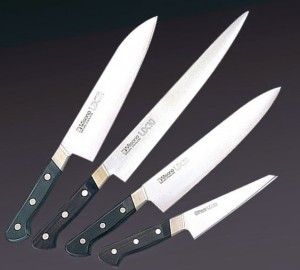 Thank you for reading this article.
You’re welcome to visit our Hocho-Knife online store to know more of Made-in-Japan Kitchen Knives.