A customer had unfortunately been angry at the appearance of a Japanese traditional-style blade and gave a complaint,

“I recently bought a knife through your online store, which I just received.
On inspecting the product, I was disappointed with its quality.
The blade was badly fitted to the handle and there was some rust on the tip of the blade.
There was also some stain at the back of the blade.” 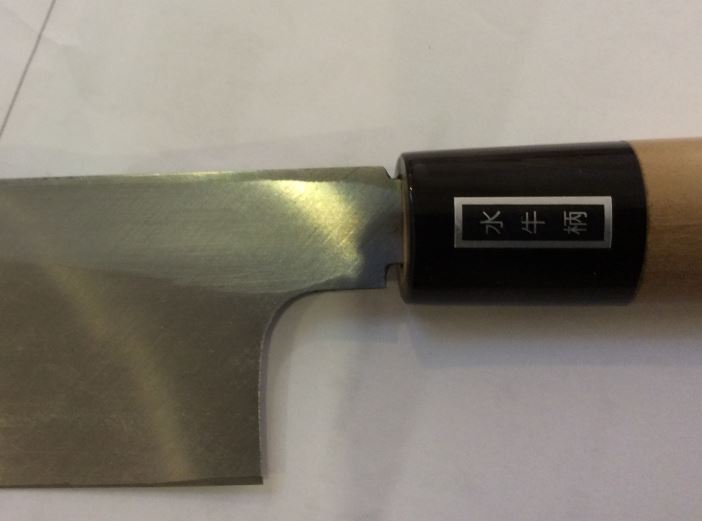 >The blade was badly fitted to the handle
We’re afraid that such a misunderstanding about Japanese traditional style kitchen knife sometimes happens.
Some of Japanese traditional style kitchen knives have such a gap between blade and handle as the attached picture.
Please kindly refer to the following URL,
http://ja.wikipedia.org/wiki/%E5%8C%85%E4%B8%81 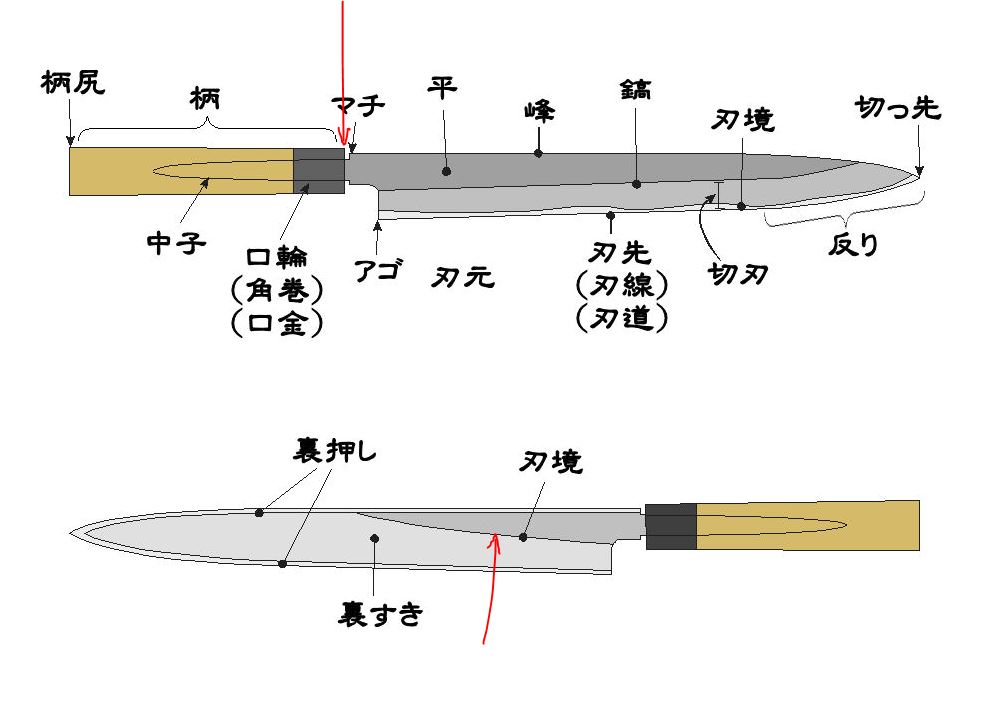 > there was some rust on the tip of the blade.
This kind of Japanese traditional style kitchen knife is made of “hagane” steel, is easy-rust material.
So, Japanese chefs are normally needed to carefully treat the hagane blade before using as well as daily care.
The portion in your picture is said a portion where a light rust sometimes happens because the portion can not be finished in the production process and sometimes not be sweat in oil, not like the cutting edge.
That is never a defect but normal situation but an evidence that it is made of good hangane.
We recommend you (as we recommend Japanese chefs) to treat the portion by light grinding by hand and sweat it in oil (or roll it by a newspaper or stick it into a telephone book because of a kind of oil in ink).

>There was also some stain at the back of the blade.
We’re afraid that this is thought another misunderstanding. Please see the attached picture again.
The texture is the evidence that two kind of materials were attached. Very common texture but not strain.”

Thanks for the clarification and the advice. Now that it has been explained, I am happy with the condition of the blade.
I look forward to using and learning more about Japanese kitchen knives.

We were very glad that the customer finally got better understand some basic but important points about Japanese traditional-style blades though they are sometimes different from those of Western style ones.

If you have any question about Japanese traditional-style blade, please feel free to contact us anytime.