We have been seeing the word “umami” these days. The word is spelled as it is “U M A M I” in foreign countries and has become global common language.

Since Umami was born in Japan, the Japanese appears to be more sensitive to umami. One company had conducted a survey to see to what extent Japanese can distinguish Umami from other tastes. 71% of Japanese answered correctly while 34% of foreigners could.

Speaking of umami, you would immediately think of broth or dashi in Japanese, used for the Japanese cuisine. Actually, umami is used for a wide variety of food and produces. 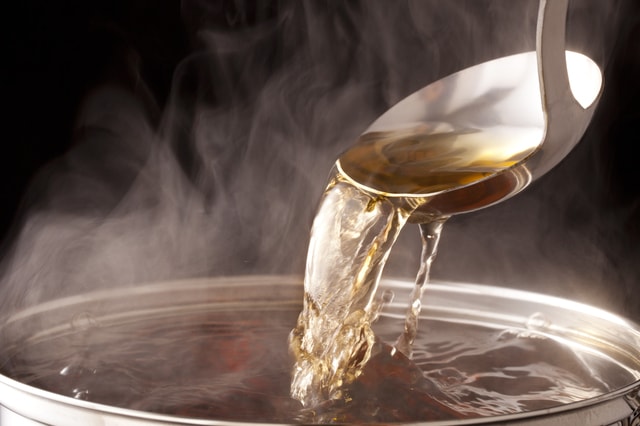 Tons of reporters on gourmet-related topics often say, “I can feel umami” or “This way of cooking has brought out the umami of the raw ingredients”.

What the “umami” is all about?

Actually, the word “umami” has two meanings. The first one is used for expressing how delicious the food is. In Japanese, we say “umai”(adjective) when we find food tasty. For the Japanese, “umami” is one of the words to express deliciousness of food. From that perspective, it can be said that you can use the word “umami” for any raw ingredients.

The second one is used to mean a savory taste and defines itself as the fifth taste after sweet, sour, salt and bitter.
This umami was found by Dr. Kikunae Ikeda of Tokyo Imperial University in 1908. This is the taste born in Japan.

As explained above, umami has two meanings. Both of the meanings are frequently used, which makes it all the more confusing.
In this article, however, in distinction from “umami” used to express “deliciousness” in the Japanese language, we use the word “umami” solely to express the fifth taste.

Needless to say, it’s “umami” in the second meaning that has drawn a worldwide attention these days. At the world expo held in Milan, Italy, in 2015, the exhibition provided by the Japan Pavillion was mainly on the Japanese cuisine including broth (dashi) and umami.

More and more airline companies started serving in-flight meals making the best use of umami. On the plane, we have a decreased sense of taste due to changes in atmospheric pressure. Conventionally, one of the tastes “salt” has been used to supplement the decreased taste. Recent fliers are inclined to be more health-conscious; therefore, they started calling for healthy alternatives. Then, “umami” was spotted as a replacement for salt. 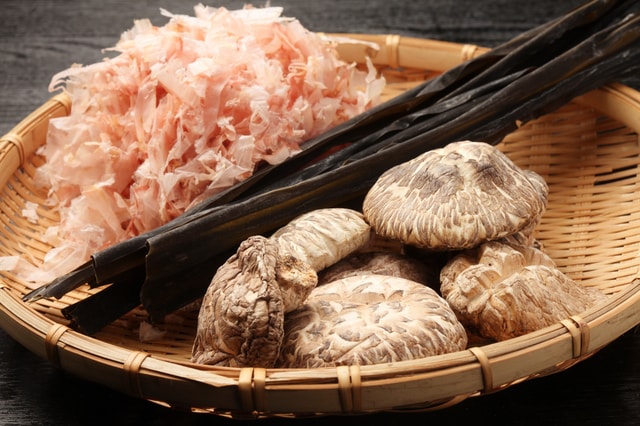 Anyway, why are the Japanese so sensitive to umami in the first place?
“The Japanese people have had fish as source of protein for a very long time. Japan is an island country and is surrounded by the sea, which makes it easy for the Japanese to eat fish in everyday life. You can get a lot of broth (dashi) from seafood and that broth contains tons of umami. This is how the Japanese have developed and sharpened the sense of taste.”, said Ryuichi Suzuki, CEO of the company conducting the research on umami mentioned above and the author of the book, titled “Nihonjin no mikaku wa sekaiichi”, (Japanese has the most delicate sense in the world).

As a matter of fact, there are variety kinds of umami around the world. Fish sauce such as nam pla and nuoc mam in South East Asia and broth taken from meat bone in China to name a few.
To be more specific, umami is a kind of amino acid including glutamic acid, inosinic acid and guanylic acid. Glutamic acid is highly contained in food such as Konbu (Seaweed), tomato and asparagus while inosinic acid in Bonito flakes, beef and pork.

Surprisingly enough, glutamic acid is also contained in green tea. When we use “umami” to express the taste of green tea, it means not only the taste itself, but also “umami”, the fifth taste.

The Japanese have a very keen and delicate sense of taste toward umami. According to the book written by Ryuichi Suzuki, the Japanese is the only people who can tell how sweet rice is. To take advantage of being a Japanese, we should enjoy all kinds of umami.

Is the article helpful for you ?
If you have any question, request and advice, please feel free to contact us.